As told by Richard Hole:

It was the summer of 2015. I can remember it vividly because it was the summer that changed my life and it wasn’t that long ago. The day started out as regular as any other sunny day: it was sunny. I yawned, scratched my eyes and the smile on my face was glowing brighter than the magnificent beauty that was shining down on me from the heavens above. I remember telling myself:

“Today’s going to be a great day, you are a strong, independent man”.

I didn’t stray from my normal routine. I cleaned myself up good and proper in the shower, checked out the old crown jewels to make sure they were still there and functioning, dried myself down with my trusty towel and threw on my lucky underpants closely followed by my favourite jeans, my beloved socks, my trusty t-shirt and my one-of-a-kind shoes.

Nothing was getting in my way today.

I met up with the boys at around one o’clock in the afternoon, a suitable time to enjoy the sun and leave the house having already eaten food that my mother had bought, allowing for more of my money to be spent on appropriate items at the appropriate times. JonJoe, Tall Dave and Fat Brian were already in the pub when I graced them with my presence, I arrived to a mighty roar:

Their respect for me often had me in shock for I knew not how I had gained it. Nonetheless, I persevered through it not wanting to upset the balance nor deny them the saviour they sought. We had a good few hours in the pub, but the scenery needed to change. We enjoyed getting out and about town and exploring all of the places we hadn’t seen before and all of the places that hadn’t seen us before.

It wasn’t long until we ended up in this “cocktail” bar, but I couldn’t for the life of me see Tom Cruise anywhere, so it mustn’t have been an authentic cocktail bar,and there weren’t any Australian women dancing on the bar either, so we just didn’t know what this place was playing at. We thought we’d give them the benefit of the doubt though and we decided that we were indeed going to be paying the wages of the barstaff for a couple of hours.

It was all going so well. The lads and I were having a top time, JonJoe had already offered to buy some drinks for a group of girls, but the frigid lasses declined his polite offer by saying “no thank you”. What’s this world coming to if you can’t buy drinks for girls in the exchange for us hanging around them and trying to get laid? They were quite clearly lesbians, so we turned our attention to other, more worthy, targets.

Having failed to garner the deserved attention that a group such as ours should have been granted, we decided we were going to branch out from our usual drink of “Long Island Iced Teas” because they didn’t taste right in this bar and Tall Dave reckoned it was because the alcohol was watered down with water, he also reckoned they weren’t putting any iced tea in them, and he worked in his local pub for three months, so he was our expert.

We graced their cocktail menu with our presence and all decided to get different drinks, that way we could all try each-other’s and pass our judgement on the skills of the barman. Things were pretty standard to start off with: Fat Brian got himself a weird drink in a cool looking glass, Tall Dave got a drink in a pint glass, JonJoe received his drink in a cool little jam jar, we all agreed more bars should use jam jars. It was when it got to my turn that things went wrong. 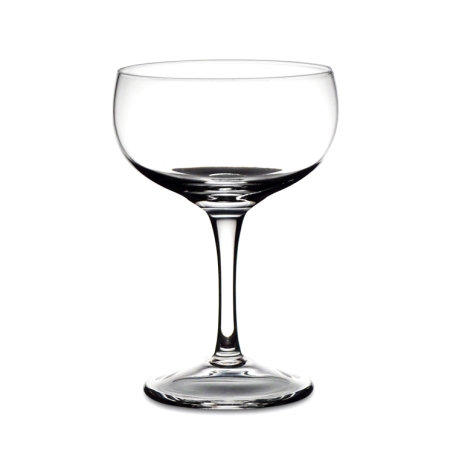 My cocktail was presented in a gay glass. I didn’t even have a say in the matter. I was hoping the barman would have guessed by looking at my masculine demeanour that I required and deserved a glass that reflected my personality and my sexuality – he had seen me offering at least five girls a drink after all.

The lads wouldn’t let it go. They refused to try my drink and I myself was hesitant to even pick the glass up. I tried to request a more manly glass but the barman didn’t understand my pleas of “Y’know, a glass for a straight man” as if it was a non-existent notion.  I downed the drink as fast as I could because it had already ruined my night, unfortunately for me things got worse.

The boys refused to talk to me. How could I have been so stupid as to drink from a gay glass? They shunned me. They turned their backs on me. I had to leave the club through sheer shock at what I had become. I was quite obviously a gay man now. I had let that gay glass touch my lips and now my whole life was in ruins. I had been living a lie.

My family stopped talking to me. My dad told me he had always had his suspicions, and I guess now he was right. My mum told me she would support me no matter what decisions I took in life, but I could see it in her eyes that she was heartbroken at the thought she wouldn’t get any grandchildren from me. My brothers all agreed that it had brought shame to the family name and my sister said she didn’t recognise me anymore.

It was all because of that gay glass.

I haven’t had a girlfriend since the incident. My self-esteem is through the floor. I don’t show my face around the pubs I used to go to through fear of being mocked and labelled as that guy who drank liquid from a glass that was quite obviously intended for a gay man or even worse: a woman. I have every intention of suing the bar and the barman for ruining my life and changing my sexuality – I don’t find men attractive and I have no desire to start a relationship with a man, but I’m obviously a gay man because I drank from a gay glass.

If I had one bit of advice for my fellow straight men – well, I guess I’m not one of them anymore am I? – It would be to always ask your barman for a straight glass. Make it specifically known that you require a glass that befits your sexuality. Learn from my mistakes. Don’t fall for the trick. It’s what they all want. They want you to become a gay man. Why else would they serve drinks in those glasses? You should be sure to use the words: “not a girly glass”, “I don’t want a faggot’s glass”, “Give me something I can have sex with, but not in a gay way”, “Do I look gay to you,” and the one I wish I had used, “I’m a manly man with no time for your gay glasses, give me something that will impress the birds and make the lads want to spend time with me”.

Richard agreed to tell us his story on the condition that we didn’t use a girly font for his words and we had to make it explicitly known that he does not like gay glasses and his voice is “pretty manly for a man of my size”. He is now applying for a disability grant from the government so that he can afford his legal battle against the bar that turned him gay through the use of their glassware. Richard’s friends were unavailable for comment due to our reporter wearing a “proper gay hat” when he approached them.